Late 2019 I was approached by film director Tjepke Zijlstra. He asked me if I could help him visualize the script for his short film “Crash”. It was a very interesting experience, as the film deals with many heavy subjects like near-death experiences, love, regret and even the concept of time. This however gave me a lot of freedom to work with. 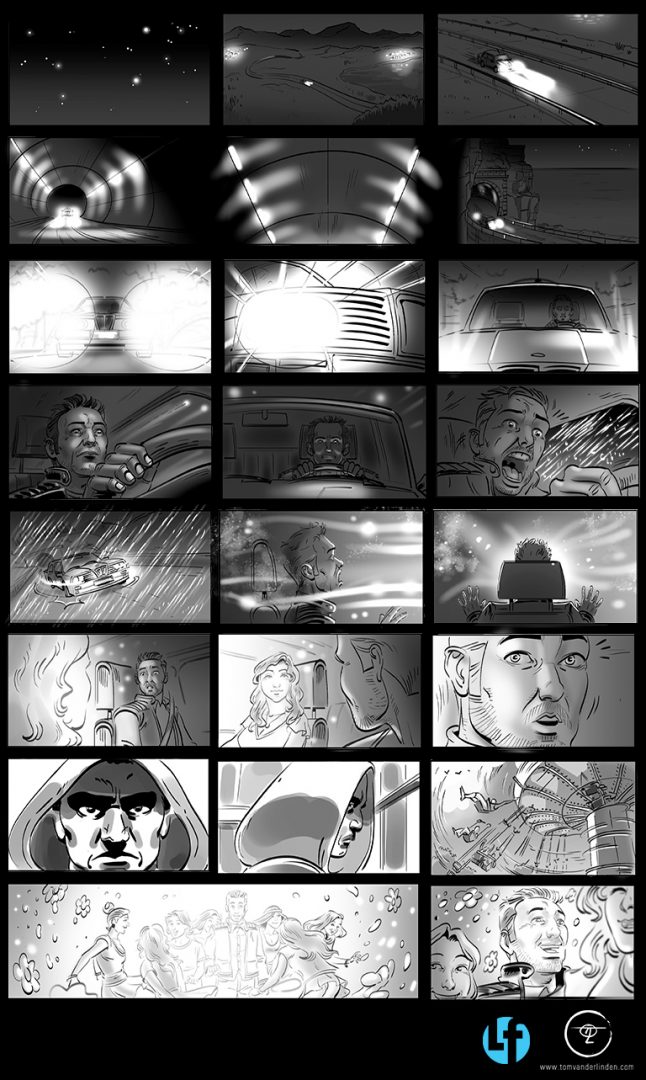